The Fundamentals of Print are Strong 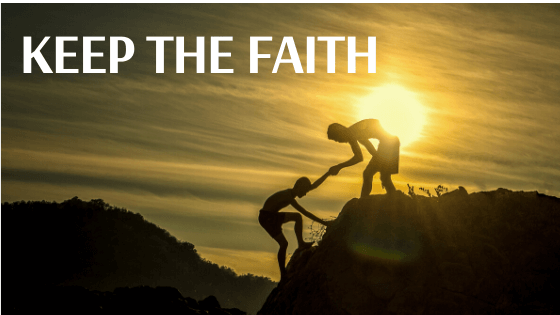 For anyone who was in the print industry during the Great Recession in the late 2000s, the current COVID-19 situation is feeling eerily similar. The world is again in fiscal crisis. Businesses are closing, unemployment lines are growing, and still-operating businesses are slashing budgets in a struggle to survive. Current circumstances are made even worse, of course, because showing up to work to stave off complete financial disaster puts our health, and the health of family and friends, at risk.

This time around, though, there is one huge heartening difference: print as a medium is strong. It has firmly re-established its well-regarded place in the communications landscape.

During the Great Recession, one of the first things marketers cut from their budgets was print. The same is happening now. Many companies in the graphics industry have seen catastrophic drops in sales seemingly overnight. Some vital industries are still buying print, but if any printing was considered discretionary, it’s been stopped. Even though governments in many stay-at-home states have named print an essential industry, print employees are being furloughed, expenses are being cut and smaller printers are closing shop for now.

How long will this last? Will print be able to survive long term? It may seem like wishful thinking, but the advantage we have now is that the fundamentals of print will remain strong once this crisis is over.

Coming out of the Great Recession, it took nearly a decade for print to recover. It was a hard-earned comeback, and before COVID-19 emerged, print was enjoying a return to prominence as a valuable marketing tool. Sections of the industry were growing, there was a buzz about the creative uses of print, and it was widely accepted that print combined with digital is much more effective than digital alone.

Who would have thought print could make such a return? People around the world had proclaimed it dead a decade ago. They wrote it off as a waning mode of communication. There was talk of paperless work environments, and almost every brand poured their marketing dollars into digital. But, after years of worshiping at the altar of digital, digital has turned out to be a false god.

Brands have learned that digital is vulnerable to fraud and it frequently results in wasteful spending. It is an incredibly crowded channel too. It proved poor at enhancing brand connections and it doesn’t move people emotionally. Its ability to drive purchasing behaviors also grew stale over time. After long-time print staples like catalogues were thrown overboard by brands, they steadily made their way back to the point where even digital-only brands began relying on print to motivate customers.

Perhaps unbelievably to some, as faith in digital waned, trust in print increased. Science proved that the physical properties of print make deep and lasting connections, and customers of all types willingly spend more time with print. Some even grew to enjoy getting direct mail. Who would have thought that was possible!

Yes, the coming months will be rough for the print industry. But we must remember, and more importantly, brands must remember, that the fundamentals of print are strong and print is undeniably a valuable and effective communication channel. It’s not dead. No one is talking about it going away this time. It will be fully embraced again once this crisis is over.

So, in the meantime, print what you can. We will be. Hopefully, we all make it through this together.